FRACKVILLE, SCHUYLKILL COUNTY (WBRE/WYOU) — A local doctor is preparing for the biggest personal challenge of his life, but that challenge isn’t just about him.

Dr. James Greenfield is packing his bags; he’s got boots, band-aids, and lots of layers, to keep him going as he climbs the tallest mountain in the world.

Before he flies to Asia, he’s preparing his lungs for the high altitudes.

But he won’t be making the journey alone. Six volunteers will trek up Mount Everest — with a common goal — raising money for disadvantaged children in Africa.

“We don’t realize how much we really do have in our country until you see places that really don’t have anything,” said Greenfield. Greenfield volunteers with Care Highway International– a charity that brings health care and education opportunities to kids in Kenya.

Last year, he joined the group and had his first experiences in Africa. As a physician, he offered free clinics, gave immunizations and physicals to children in need.

“They’re so grateful for anything you do. You go ahead and buy a girl a jump rope. She’s ecstatic,” said Greenfield.

He won’t be seeing the kids on this trip, but the money raised from sponsors of his trek and donations will go directly to the children.

“You don’t realize how far a little bit goes in a country like that,” said Greenfield.

One U.S. dollar equals about 100 dollars in Kenya.There are 150 kids at the CHI facility. 300 U.S. dollars feeds all those kids for three months.That’s what’s motivating Greenfield to make the 10-day trip up a freezing, dangerous mountain.

“It’s worth it,” said Greenfield. 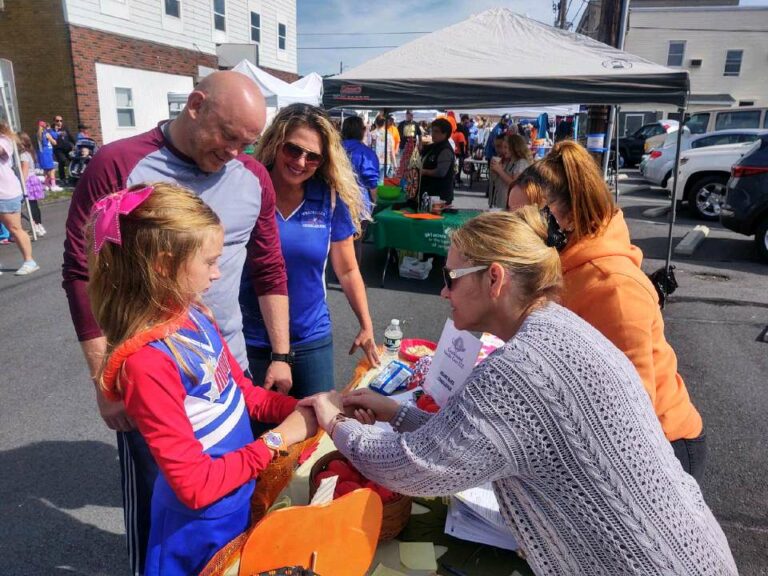 The Cornerstone RHC team was proud to be a part of the Frackville Pumpkin Festival. The team provided COVID-19 tests, vaccinations, and ran fun games to promote health and well-being in the community. Check out some photos below!

In remarks to the AOA House of Delegates, Andy Slavitt thanked DOs for the care they provide to rural and underserved patients. By LAURA SELBY THURSDAY, JULY 28, 2016 What’s wrong with health care today? Centers for Medicare and Medicaid Services (CMS) Acting Administrator Andy Slavitt, who has sought feedback from consumers and clinicians across the…

July 22 Chicago, Illinois Mr. President and Members of the American Osteopathic Association, I’m honored to be invited to address your annual business meeting. Hello and good morning. Thank you for hosting me. I want to give special thanks to: Doctor John Becher, the President of the AOA [congratulations on your service to the AOA], Doctor Boyd…

FRACKVILLE, SCHUYLKILL COUNTY (WBRE/WYOU) — A local doctor returns home after climbing the tallest mountain in the world — for a cause. Dr. James Greenfield put down the stethoscope and picked up his hiking gear to take on Mount Everest. “We can do a lot more than we think if we put our mind to…